True ERP is an operations management suite available in both cloud-based and on-premise formats which caters to SMB enterprises like wholesalers, construction firms and retailers, along with others. True ERP contains several different features to help streamline processes. The system’s accounting feature provides charts and graphs through real-time reporting, so users gain access to graphical representations of data. The CRM module helps sales teams track responses, document customer histories, and even generate customer satisfaction reports. Through the program’s Electronic Data Integration (EDI), files can be imported and exported in various formats. The solution can also integrate directly with Google Analytics. True ERP’s inventory control feature shows current stock levels, tracks volume prices, documents raw materials inventories and more. It also tracks stock levels across numerous stores and warehouses. The manufacturing module is directly connected to the purchasing feature, so purchasing managers are instantly notified whenever the inventory is required. Support is available via email, phone and through an online knowledge base. 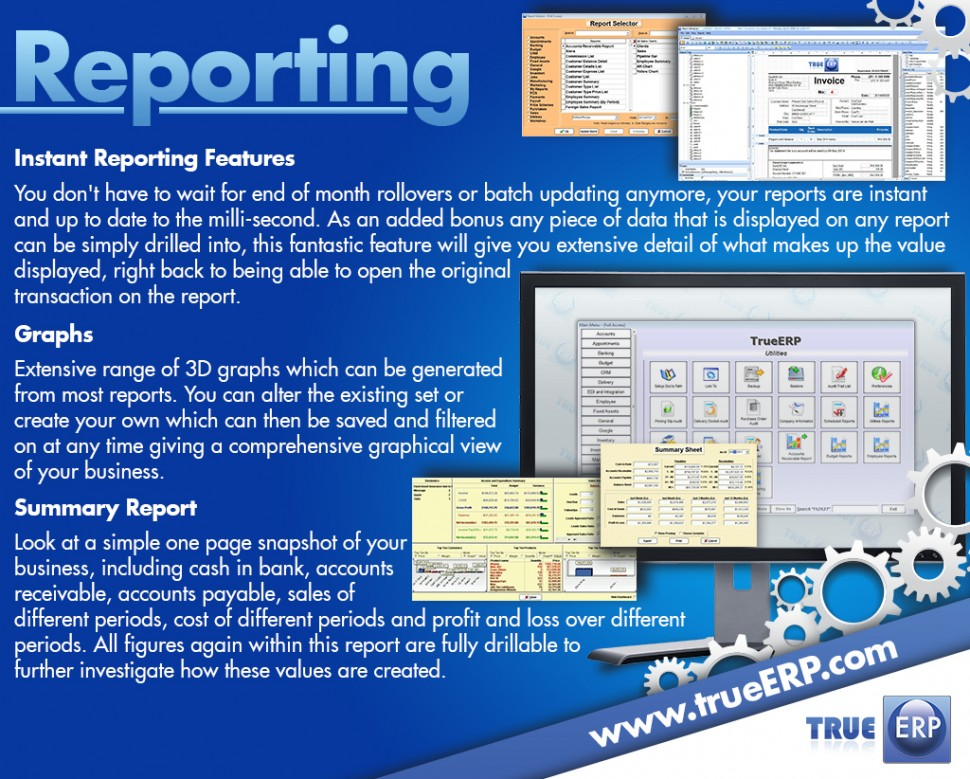 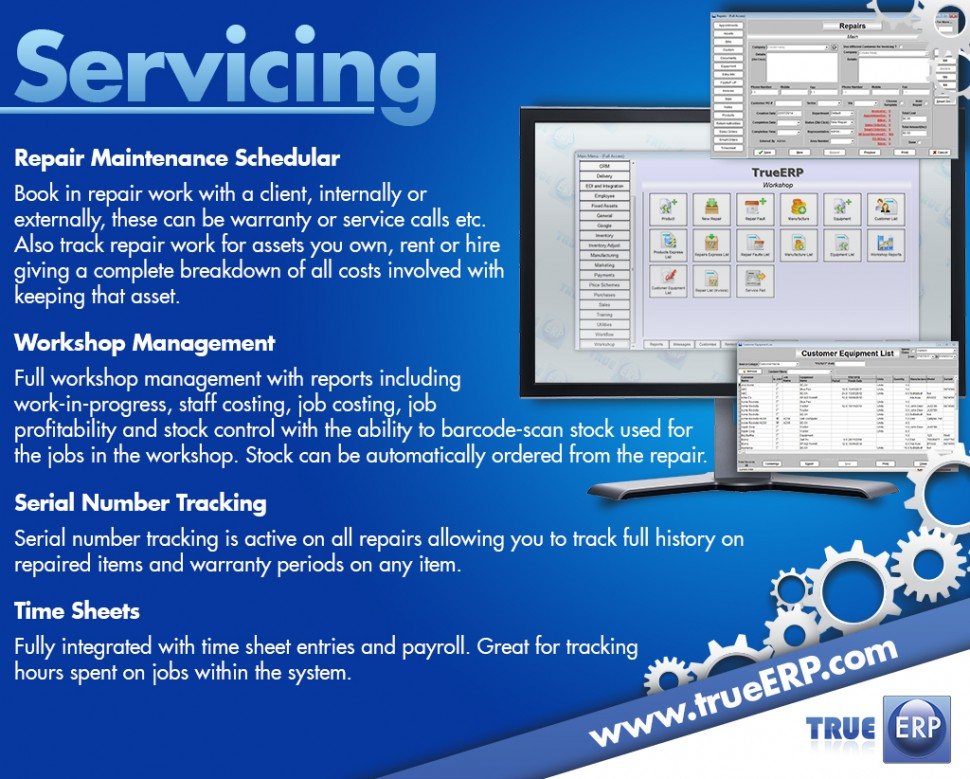 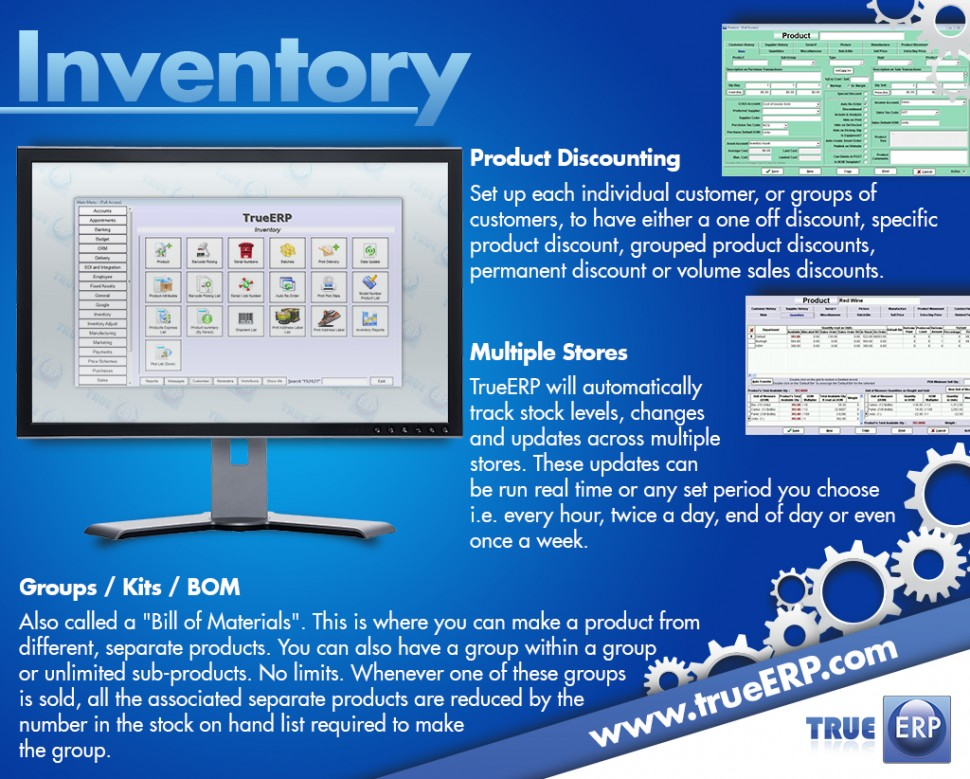 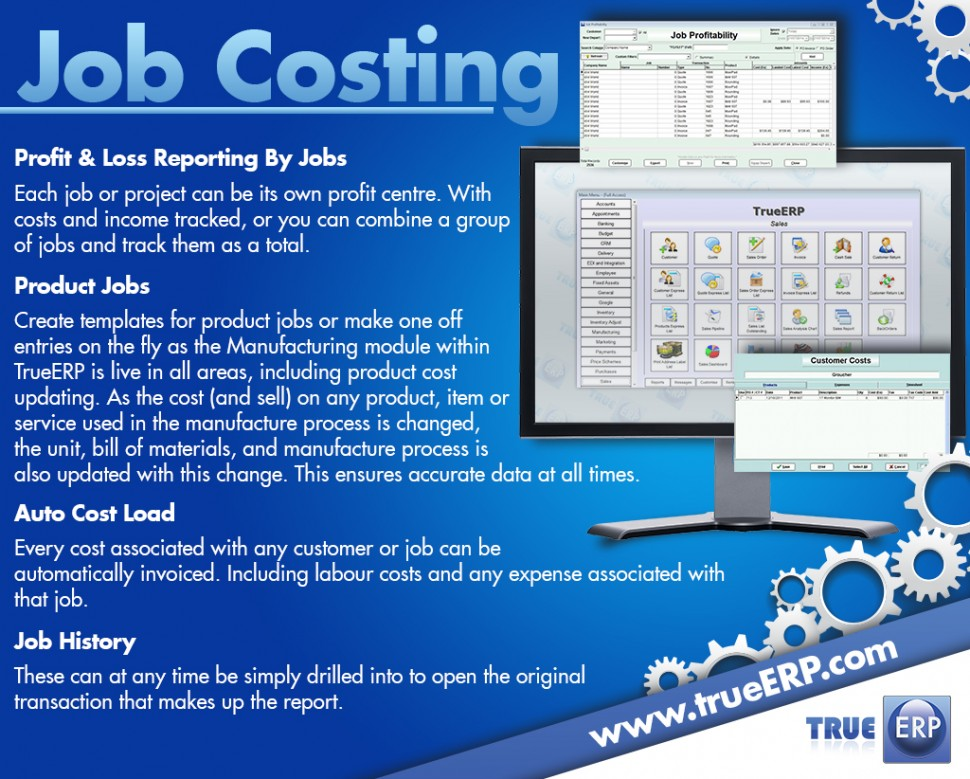 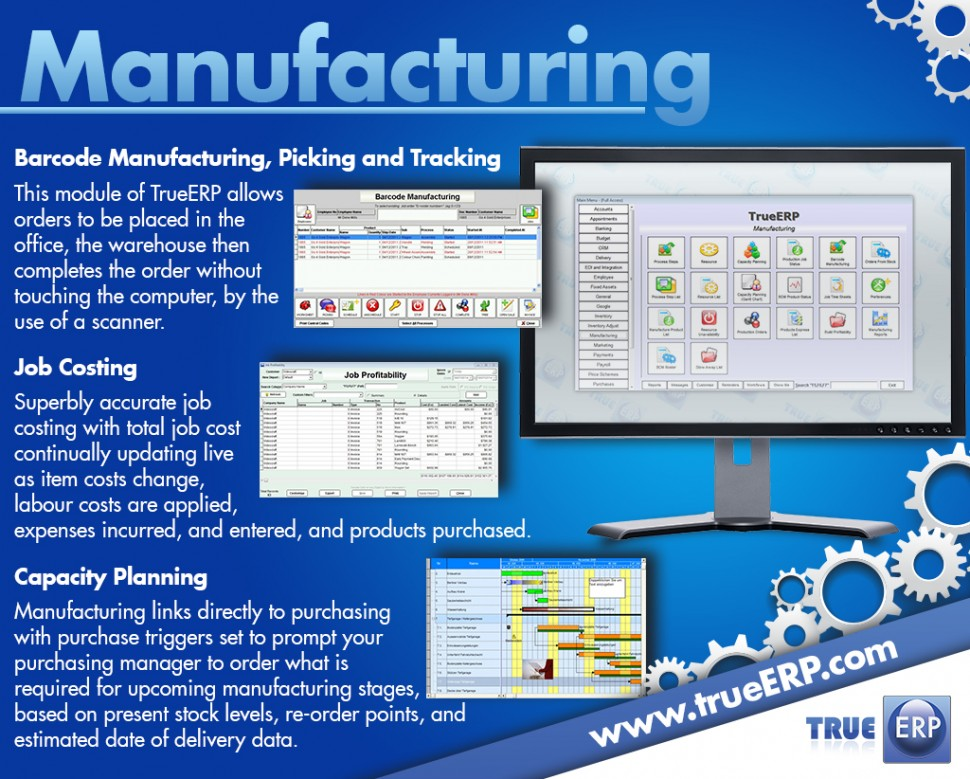 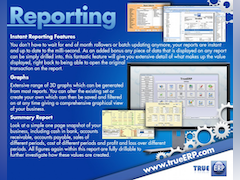 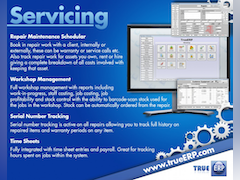 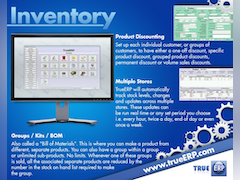 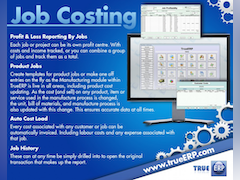 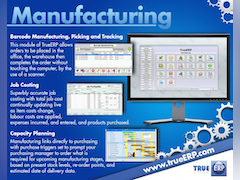 ERP has helped us organize and is a true time saver!

For the first time, I've found organization for my business. Inventory management was by far one of our biggest challenges and we could barely report accurately on the simplest of financials. TrueERP allowed us to track orders and make appropriate decisions based on our customer orders and real time figures.

I am able to control inventory more accurately than we ever have so I can make sure I am ordering enough of the right products, which helps me ensure that products do not sit on the shelf. I can also finally trust that our accountant has real time numbers to work with when generating reports to give us a true and current glance at where we stand. We have also requested a few custom reports which were developed specifically for us, like software that comes with amenities!

Integration with FedEx did take some time and we had to go back and forth with them for a while. Not - show stopper by any means, but definitely require more effort than we had anticipated.

Running different types of reports is so easy!

In short, yes TrueERP has helped us manage the day to day business. It is a big program and it was a significant change overall. The past year has been a big adjustment and you guys are developing the Hire module for us. After those developments are complete it will be even more helpful. I would also give a higher rating for “Value for Money” once our additions are done and we can use the Hire module. I wouldn’t hesitate to recommend the software to anyone with experience in inventory software, otherwise, there is a bigger learning curve. Besides that, I would for sure! Personally, I would describe the software as user-friendly!

Running different types of reports is so easy! The sort functions for lists and the ability to apply filters is also great!

We have had problems loading some of our really big reports. We also found an issue with the auto-reorder functionality but they are fixing this for us now.

DO NOT BUY True ERP

Very poor, after paying my $10,000 yearly fee for 10 users, we have decided to go back to Quickbooks at the end of this year. We really switched over to ERP for advanced pricing, the problem being is sometimes it works sometimes it doesn't. We have went over this with them multiple times and in fairness to them they have attempted to fix some of these issues and have fixed some. The underlying problem is when they fix something, something else breaks.

If all of the functions worked properly on a regular basis, it has all of the components to be a great software for the most part.

First and foremost they claim they are an enterprise program and when we opened up a store with a different tax code, the were unable to charge multiple sales taxes. So instead of saying that was something they missed, they force me to pay $1,500 in order to get that change. All support is based outside of the US, so you are either getting up really early or staying really late as they do not operate between our normal business hours.

I would absolutely recommend TrueERP to a friend or colleague. ERP is user-friendly, has helped us with our daily business processes and I am always able to call to get real-time support.

It's great from the accounting side because everything is linked! I also really like the ability to drill down into financials to easily be able to see where the numbers roll from.

Software ease of use

We generally use ERP for our work flow, accounting and payroll and all functions work well for our business. It does not take too long to induct new staff in the use of ERP.

I like the flexibility within ERP which allows each staff member to customize their preferences. We can amend the same listing to reflect what we individually find most useful.

There are no major issues. Occasionally we need to amend our closing dates (past the nine months after year end) and that is a little frustrating. A longer length of time before instigating closing dates would be good.